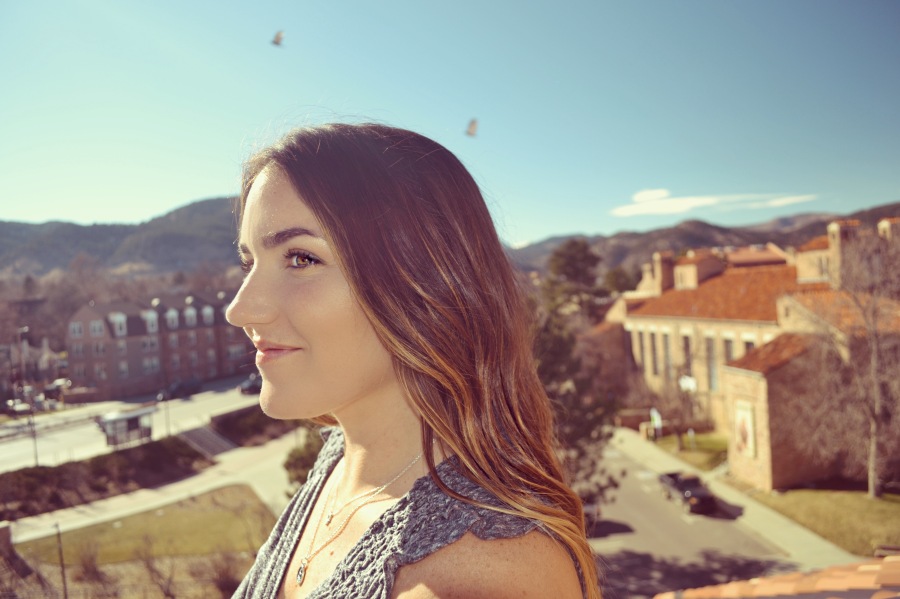 I’ve had a lot of people ask me why I decided to be celibate and I’ve given about a dozen different answers. Here are some:

All those answers are true in a way—but the original truth is that midway through December the thought to be celibate crossed my mind. I dismissed it. Then a few days later it popped up again. After the third or fourth time I just decided to go with it. What’s the worst that could happen? I’ll be a little hornier than usual and I might get rejected by someone who isn’t down to forego sex? Sounds like a nice way to filter out potential assholes, practice some discipline and probably learn something. Game on.

Here is how my life has changed since starting celibacy:

My love life has improved

Weird right? I was ready for the guys in my life to cut me out for this. The opposite has been true. Guys have seemed noticeably more engaged.

The main guy I was sleeping with took it like a champ. He said something like “Cool. I can wait. What made you decide to do that?” Since, we’ve gotten closer than either of us expected. The time we spend together is intentional now—we make plans and try new things and look forward to seeing each other. He said that my celibacy has motivated him to stop sleeping with other women too. I never saw that coming. Now I take him more seriously than I did before. He’s not just a hookup buddy anymore—now we’re learning together and exploring edges neither of us have explored before. It’s exciting. Gives me heart eyes.

Another guy I met at a retreat. We felt a connection instantly, and within about half an hour I told him I was celibate. His response shocked me: “Nice! That’s a relief actually.” We spent the rest of the week together, participating in the retreat, going to eat, laughing, having deep conversations, touring around the island… it was a blast. I felt like myself. Like my full, free, authentic self—something I don’t usually feel with a guy until after months of dating. By the end of the retreat we both said how grateful we were that we hadn’t been hooking up—we wouldn’t have built such a solid connection if we had been. Since the retreat we’ve stayed in close contact despite being on different continents: collaborating on projects, exploring deep interpersonal stuff, this guy has become one of the closest people to me the last few months.

I’ve been on dates with a few other guys too. Their reactions to news of my celibacy ranges from curiosity to excitement. Seriously.

One guy—someone with a background in tantra and a lot of sexual wisdom—told me how intuitive I was to do this right now. He said celibacy would connect me to my own sexual energy without the distraction of others’ expectations and desires and agendas. Connecting more to my own energy would make it easier to develop myself in the ways I wanted to. It was cool to have someone give me kudos for something that probably contradicted his preferences.

Another guy indicated he wanted me to stop seeing other men and invest more in my relationship with him. That surprised me—a guy wanted to invest in an exclusive relationship knowing I’d be celibate for another 9 months!?

Without exception, celibacy has increased the intimacy and quality of my romantic relationships. Surprising huh? Men have been more supportive and present and vulnerable and transparent. I’m connecting more deeply with them without the distraction of sex—something that apparently was a bigger distraction than I knew.

The same day I made the decision to be celibate I noticed feeling funnier. More outgoing. Less inhibited.

There’s probably something politically incorrect about this comparison, but do you know how grandmothers don’t give a shit what people think of them? I remember my Grandma Marge being the biggest badass when it came to dealing with other peoples’ dominating personalities. She had this loud, overpowering man that would come over and try to tell her stuff once in a while. I dreaded him. He’d walk up to me—face-to-face—and say things like “Cory, what do you think about global warming?” The worst. But she’d just interrupt him and take her sweet time talking about anything and everything she felt like talking about. The squirrel that comes by her window sometimes, the recipe she’s going to use for her soup tonight. The problem with her water filter. Whatever. And when she got tired of him she’d ask him to leave. It was ruthless. It impressed me—how was she able to do that? His dominance just didn’t register for her. She was the source of her power and didn’t consider otherwise.

Here’s my point: celibacy has given me more of my Grandma Marge’s confidence. I’m not exactly sure what that’s about—but I know I’m not trying to appeal to anyone sexually right now. I’m not trying to seem sexy or cute or girlfriendly. I’m thinking about learning stuff and understanding myself and others and making things happen and living my life. I’m not paying attention to what guys think of me the way I was before I was celibate.

And paradoxically I’ve been getting more attention from guys than I ever have in my life. I’m pretty sure this is related to the increased confidence.

I have more bandwidth

This might seem like an obvious side effect of cutting something out of your life for a year, but I didn’t expect it. I thought I’d be spending more time explaining to people why I’m celibate, defending my decision, beating around the bush, and expending extra energy trying to avoid the topic (and the scenario) entirely. But it’s been a piece of cake. Nobody has pressed me on it.

The extra bandwidth comes from having a clear, explicit container on something that used to be hazy or unclear. I like the example of Obama’s suits. Apparently Obama has like 50 versions of the same suit so he never has to spend any time or energy picking out his outfit each day. He just knows. It’s an area of his life that he has automated entirely so he can spend his mental energy on stuff that matters.

Free bandwidth is strangely appealing. Less distraction means more energy to think and write and read and learn and try things I’m curious about. I’m spending more of my brainpower on areas that excite me and fuel me.

None yet. It’s only March though so I’ll keep you posted 😉

Side note: I’ve was listening to Potential by Quentin Miller on repeat as I wrote this essay. Give it a listen if you wanna catch my vibe 😉

Photo by the lovely and talented Josh Smith

Just had the sweetest family vacation in Maui. My favorite part was probably feeling closer and more unified with my sister Jamie than ever before. She is now *officially* a doctor by the way 🥳⠀
There’s work and then there’s deathbed work. ⠀
“I’m fine. Or “This is just how life goes.” Or “That would be nice but it’ll happen when it happens.” Or “I’m open to that but...” Or “Let me know if I can help.” Or “I’ll think about it.” Or “Sounds interesting.” etc. ⠀
In my meditation last night I saw how my perception creates what I experience. Not just as a conceptual spiritual thought; not just theoretically — I actually discovered that to be the case. Everything I experience is literally the result of me dreaming it into existence. Everything we perceive exists inside of us.
Generosity is the result of ruthlessly following your own heart. It may seem selfish to others at first (that’s the test; the toll you have to pay to cross the bridge from a life lived for others’ expectations over to a life lived in alignment with yourself). ⠀
When was the last time you let yourself feel completely satisfied? Not just by food or sex or a workout or accomplishing something but just straight up fully and spontaneously satisfied. Nothing more to do or get or finish or remember or think or fix or tell people... just satisfied. ⠀