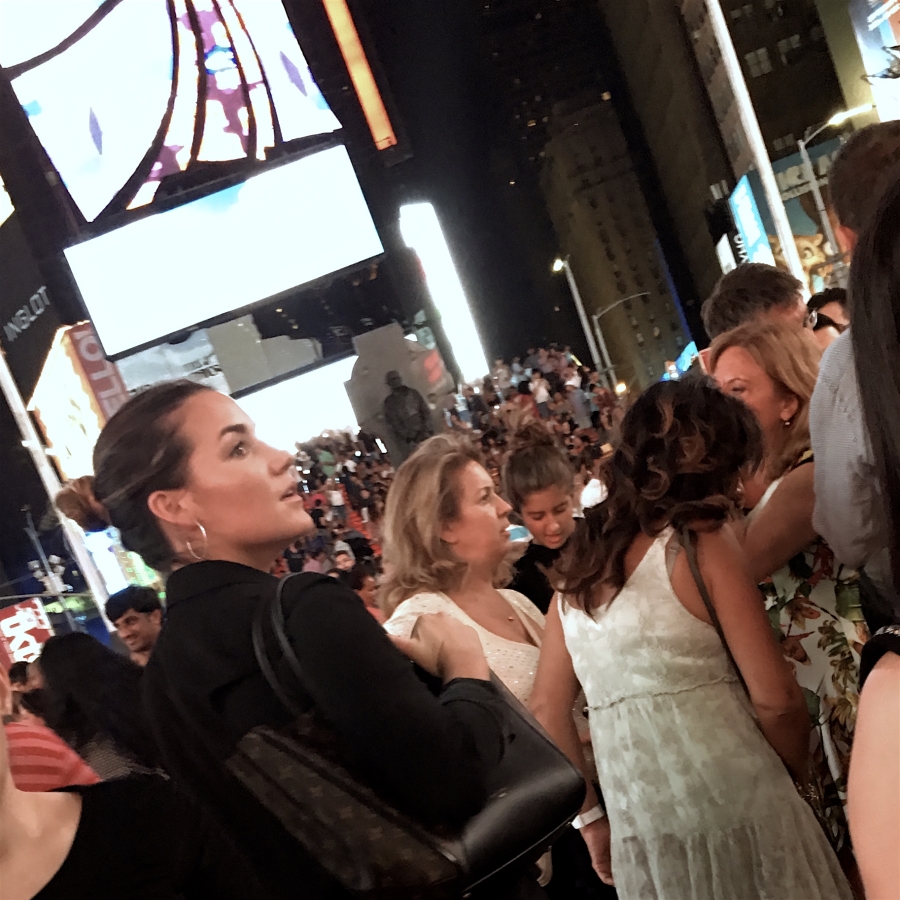 When I’m annoyed or anxious or insecure, I feel like less of myself. I say stuff I don’t identify with. My thoughts don’t feel like me. I do compensatory things that make me cringe.

This feels a little taboo. I know I’m supposed to embrace every aspect of myself, even the negative. I know that in order to overcome something, we must first accept it—(not to mention “what you resist persists”)—but this just doesn’t feel like me. I don’t want to identify with this perspective. It feels corrupted. I feel like I’m only 30% here right now. I’m in my own way.

Circumstantially, everything is great. Just had a wonderful trip with my family to New York. I had good sleep, plenty of water. I’m sitting on my bed working on this writing project which has been impressively fulfilling. And for some reason I feel off. I feel a little edgy— like something could piss me off pretty easily. I feel kinda judgmental and stuck in my head. Like other people’s success would be more intimidating than inspiring. If someone bust into my room right now and said “Cory I just got invited to speak on a panel next month in Germany with Oprah and Obama!” I’d be jealous af and I’d have to fake a supportive reaction. And then I’d judge myself for being fake. And so would commence the downward spiral of a low vibration.

That’s total bullshit though. Real Cory would be excited as hell. I would be overboard supportive. I’d know that the more success I see around me, the more of an abundance of success I have in my life.

These funks used to be depressions for me. They would last months. I wouldn’t be able to remember feeling good in the past. I wouldn’t expect to feel good in the future. They were so convincing and blinding. What’s changed now is that I know better than to trust them. I know they’re not me.

For my birthday last year, one of my best friends, Chris Bentley surprised me with a month-long psychic class at the Boulder Psychic Institute— something neither of us knew anything about. One thing our teacher Miwa said that stuck with me was:

“If the thought feels bad, it’s not yours. You picked it up from someone else and it’s none of your business.” — Miwa Mack

That’s been useful for me during these phases. It’s good to know that whatever feels bad isn’t me. I’m temporarily seeing through a thicker, darker filter; a dirty ass pair of sunglasses that makes it hard to see the loveliness and possibility in everything around me. But still, I’m hijacked. I still have to endure it and wait it out. Kinda like someone whipping out their phone and being like “you wanna see the pics from my hike today?” Like obviously not but k here goes.

It’s nice to have permission not to identify with this cloudy filter. But how do I just take the dirty sunglasses off?

Bentinho Massaro is my role model numero uno and the founder of Trinfinity, the company I work for. And he’s one of my best friends. This guy is a master at just taking the sunglasses off. Or better yet, he sees the dirty sunglasses from a few feet away, appreciates them, extracts the learning he WOULD HAVE learned if he were to wear them, and then never lets them get near his face.

I want the elevator.

…Oh shit. I just said I want the elevator. But whenever I’m in a mediocre mood; whenever I’m on a “low floor,” I get all analytical and curious. I write about it and talk to people about it. I try to figure out how I got to this lower state.

DUUUUUUDE. This reminds me of this quote that’s been in my mind recently:

Whoa. Called myself out in real time right there. Figuring out WHY I feel off has been too much of a focal point. It’s seductive. It’s like, if I can figure out why I feel grouchy, then I’ll be able to learn to intercept it before it happens in the future, and I’ll have transcended it. But that’s just investing more energy into something I don’t want. “Energy flows where attention goes…”

But Jesus omg how did I overlook this. This directly contradicts 3 of my favorite quotes that I spout off to anyone who’ll listen. These three quotes are saying the same thing in different words, by Socrates, Buckminster Fuller and Einstein respectively:

“The secret to change is to focus all of your energy not on fighting the old, but on building the new.” — Socrates

“You never change things by fighting the existing reality. To change something, build a new model that makes the existing model obsolete.” — Buckminster Fuller

“You cannot solve a problem with the same mind that created it.” —Einstein

I’ve been hitting a low mood and then busting my ass to figure out why:

Which is using the same kind of thinking that created that state to begin with. It’s focusing on the problem instead of on the feeling I want next.

Instead I’ll start replacing those questions with questions like these:

Ok do y’all notice how I’m connecting more dots now? Do you notice how suddenly, clarity and enthusiasm are flowing in? This is so tangible for me. I feel like I’m at 80% or 90% now.

I’m curious (answer in the comments if you want): do you feel it too? Can you tell that I am now more filled with life than I was at the beginning of this post? Can you feel that there’s more Cory here now than there was before?

I was going to end it right there but I just read back through it before publishing and something else just popped up:

From this better mood, from this higher state, this stuff is all suddenly pretty obvious.

It’s only from the lower, funkier state that I’m confused and trying to figure it out. It’s only from a more pessimistic state of being that I feel somewhat victimized by my negative experience. Once I’m out of it though, it’s like ‘yeah dude duh. you’ve learned this a trillion times.’

Interesting how blinding the lower states are. They’re sticky and they lure you in and convince you of their legitimacy. They pose meaningless questions and convince you that you must find the answers in order to feel better. They make you doubt the optimism and doubtlessness you had when you felt clearer and more aligned and more yourself.

I’d like to be able to throw down a ladder from here to my lower self. I’d like to get more efficient, from a lower state, at remembering to surrender when I’m stuck in a rut.

27 thoughts on “If The Thought Feels Bad, It’s Not Yours”